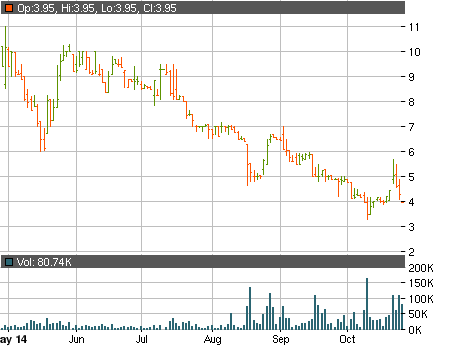 On October 8 Electronic Cigarettes Intl Group Ltd. (OTCMKTS:ECIG) announced that they will be conducting a private offering of up to $150 million worth of common stock as part of their plan to uplist to the NASDAQ national exchange. This is truly a rare occurrence in the world of OTC stocks but ECIG is far from the typical over-the-counter company.

During the first half of the year they successfully closed three different acquisitions that boosted their revenue stream significantly. According to the latest financial report the company finished the quarter ending June 30 with the following results:

Unfortunately as the numbers show in order to find the necessary funds for the acquisitions ECIG had to take on a significant amount of debt. The company will need to address its working capital deficit of over $17 million and accumulated deficit of $105 million. The net loss for the first six months of 2014 stands at $84 million. Investors should also consider the fact that the outstanding convertible notes could further dilute the common stock of the company.

Still, if the uplisting goes according to plan ECIG will have access to more favorable sources of external financing. The problem is that the company seems to have run into some problems on this front and they decided to delay their IPO offering.

For the past four sessions their stock has been incurring sizable losses dropping from an opening price of $5.10 on October 22 to a close at $3.65 at the end of yesterday’s trading. During the session ECIG also came dangerously close to their 52-week low of $3.29.

The company has solid operations and if they continue moving in the right direction they could return to the price ranges held earlier in the year. In the short-term though the heightened volatility and the current negative trend demand the use of caution. Do your own research and decide on appropriate time horizons for your investment.