Even A Paid Pump Can’t Push Pazoo Inc (OTCMKTS:PZOO) In The Right Direction 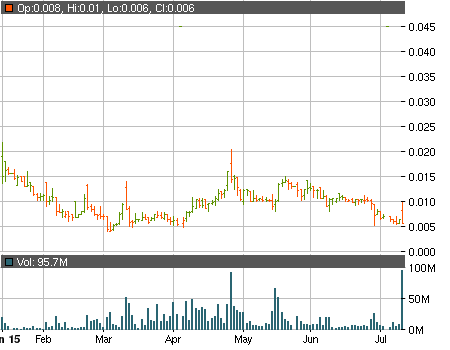 After the end of last Thursday’s trading quite a few email alerts touting the stock of Pazoo, Inc (OTCMKTS:PZOO) found their way to investors’ emails. Most of the touts were sent by the affiliates of Stellar Media Group, LLC – Penny Picks, Prepump Stocks, Damn Good Penny Picks, bagging $25 thousand for their services. Bull in Advantage also joined the promotion as part of their definitive One Year market awareness agreement for 8 million restricted PZOO shares.

The company itself tried to attract as much attention as possible and on Friday issued not one but two new PRs. The first press release came before the start of the trading day and talked about a new detailed audio-taped webcast interview with their CEO Mr. David Cunic that was made in association with the entity The Green Baron. Keep in mind that The Green Baron has received $7000 as compensation for their coverage of the company. The second PR announced that PZOO’s subsidiary CannabisKing Distribution, LLC, has signed a new distribution deal with MJPayment, LLC, to sell their Banking Solution Services

Lured by the paid pump and the official announcements investors rushed towards the ticker and the stock of the company opened Friday’s session with a massive gap up at $0.00825. In the first minutes of the trading day the ticker surged even higher and almost touched on 1 cent per share reaching an intraday high of $0.0099. That was as far as PZOO went though because immediately after that the stock began to rapidly retrace its steps down the chart. By the time of the closing bell PZOO had dropped 12.3% in the red and closed at $0.0057, just a nudge above the lowest price for the day of $0.0056. The daily volume of 96 million shares surpassed the April 27 session setting a new record for the company.

Just for the last 11 sessions PZOO has wiped over 43% of its share price and the extremely serious red flags around the company may prevent it from reversing its depressing chart performance. PZOO may be issuing optimistic PR almost daily but the financial results of the company are farm from confidence-inspiring. The latest quarterly report showed that at the end of March they had:

Investors have a lot more to worry about though. The dilution of the common stock since the start of 2015 is simply crushing. From 193 million outstanding shares as of December 31, 2014, PZOO reported over 501 million outstanding shares as of March 31. This means that in just three months over 300 million shares saw the light of day. 231 million of which were issued as a conversion of debt at an average price of $0.0029. The dilution is still ongoing with another 113 million shares issued at an even lower conversion price of $0.0024. Investors should keep in mind that PZOO increased their authorized common shares from 970 million to 2.95 BILLION.

The paid pumps, the massive dilution of 241% in less than six months and the underwhelming financials are far too serious to be taken lightly. That is why extensive due diligence is required before attempting any trades involving the stock.