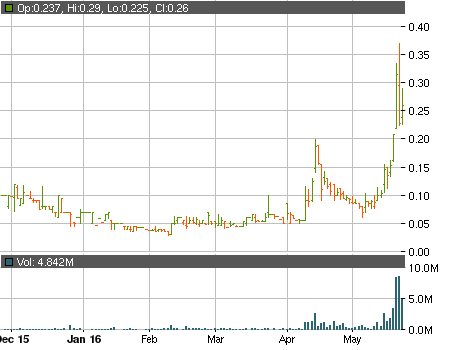 After a nasty slide in the second half of last month we saw Innovus Pharmaceuticals Inc (OTCMKTS:INNV) climb the charts in May, reaching new heights on increasing daily volumes.

The upward movement was aided by the optimistic press releases coming from the company. SeeThruEquity also tried to boost INNV, but failed. The company itself is in a bad shape according to the financial report covering the first quarter of this year, which contained these numbers of prime interest.

Those numbers certainly look bad, especially for a pharmaceutical company. Still, they aren’t the only thing stopping INNV from reaching the $0.91 price target that SeeThruEquity set for the company stock.

As we mentioned in our previous articles there is the matter of the $1.32 million worth of toxic debt that the company acquired in the third quarter of 2015. Said debt was in the form of convertible notes that can be converted into shares of common stock at a price of $0.15 per share.

INNV, however, refused to accept its Monday drop of 28.03% and gained 14.58% during yesterday’s session, climbing to $0.26. A total of 4.88 million shares generated $1.25 million in daily dollar volume, making INNV one of the most heavily traded pennystocks.