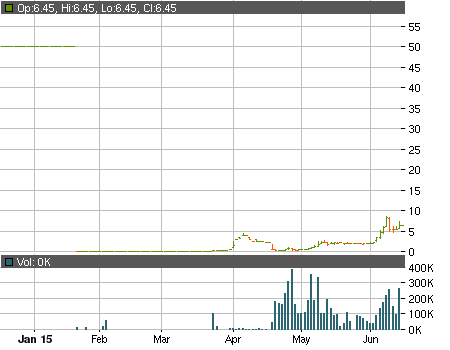 After a spectacular ride, which we covered up to the point where it was starting to become an obvious bad joke, Joymain International Development Gp Inc (OTCMKTS:JIDG) got suspended by the SEC on Monday. This happened four sessions after JIDG hit a share price upward of $8 and commanded a market cap of over eight billion dollars.

Among the reasons for the suspension, the SEC lists the “unusual and unexplained” activity and volumes JIDG recorded, as well as the “adequacy and accuracy” of the company’s public disclosure of information. This includes information about the real scope of business JIDG is conducting, as well as its actual financial condition.

We first covered JIDG back in late April, before it made Forbes headlines, while it was still trading at far humbler share prices of under $1. That first article looked at the company’s origins and the forward share split that increased its common stock 300 times.

Later articles warned of the many red flags surrounding the enterprise – from the lack of any real corporate website or logo, to the fact that JIDG never really put up any real press releases or official media announcements. There was also the matter with the hideous net loss JIDG logged in its last reported quarter.

JIDG further issues boatloads of shares at $0.08 in Jan 2015, when it was practically not traded actively. There were 164 million common shares issued to “34 distribution and development partners” at $0.08 apiece and the market price took a hike to multiple dollars. A further red flag was an S-1 registration statement that registered another 51 million shares for resale. Almost all of those were issued at $0.03 and the resale S-1 was given the green light with an effectiveness order when the company was trading at $0.69 per share.

Anyone who has followed OTC stocks for a while knows full well what happens after a SEC suspension. Once the suspension period expires, the stock resumes trading on the grey market, usually scoring a price drop in the 50-90% range on the day that happens. It remains to be seen how closely JIDG will adhere to that common model.