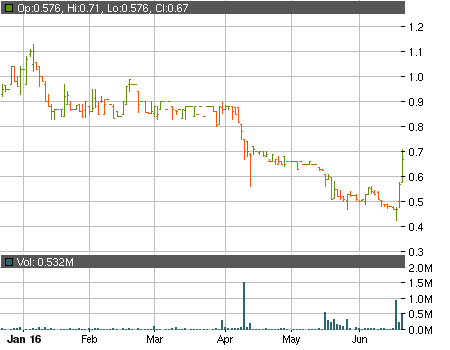 The last time we covered Noble Roman’s, Inc. (OTCMKTS:NROM)’s stock was back in April when the company took some hits and lost a lot of value over a short period of time. The ticker continued to slide down the charts in the following months and the daily volumes were rather small.

Just as we mentioned back then, NROM is one of very few OTC marketplace companies that are actually doing pretty decently when it comes to its business. Here is just a quick example of some of the contents of its financial report for the first quarter of this year.

Still, the company isn’t too keen on issuing press releases and that might be a reason for the downward direction which it had set upon in since the beginning of the year. At least NROM isn’t issuing a whole lot of fluff PR trying to boost its stock.

This is exactly why Monday’s press release that announced the company’s first franchise restaurant inside Wal-Mart provided NROM with such an impressive boost. First, the stock gained 21.28% in Monday. Then it added another 17.54% to its value yesterday, closing at $0.67 per share.

The company stock is still going up today, having already gained 13.43% in value. Still, that doesn’t mean that you should jump right in without doing your due diligence and weighing out the risks first.