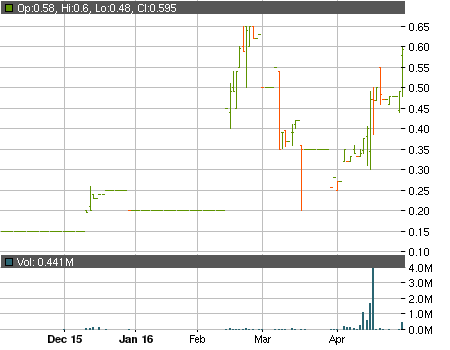 Last Friday the stock of Preston Corp (OTCMKTS:PSNP), despite a couple of hiccups during the trading day, managed to finish the session with a massive gain of over 21% closing at $0.595 per share. The daily volume surpassed the monthly average of 277 thousand shares and reached 440 thousand shares. The outcome of the session was indeed impressive but investors should be careful – there was no immediately obvious reason for it.

It seems unlikely that the stock’s jump was a delayed reaction to the last PR published by PSNP. After all, the press release came at the start of last week and failed to get investors even remotely excited with the stock closing less than 2% in the green on that day. Still, in the PR PSNP announced entering into a business arrangement and agreement with Western Mine Development LLC. Under the terms of the deal Western will bring viable candidates to PSNP and one such candidate has already been presented to the company. According to the PR Preston believe that this project could deliver a 50% return on investment per annum under the royalty agreement. They also said that investors should expect a new PR with more tangible information in the next 10 days.

Well, this means that a new press release should be released this week and if PSNP want to hold on to their price gains it must announce something truly spectacular. Otherwise maintaining the current price levels could prove to be rather difficult – at the moment PSNP command a truly ridiculous market cap of $43 million. In order to understand how unrealistic such a valuation truly is let’s take a look at the last financial report filed by the company. It covers the quarter ended December 31, 2015, and contains the following numbers:

The balance sheet is nothing short of atrocious. At the end of last year the company had current assets of just a little over $4000 that consisted entirely of cash. Not to mention that PSNP have not been able to generate even a dime in revenues.

Even if the new deal finally manages to turn the company into a revenue-generating entity the red flags remain far too serious to be taken lightly. Keep in mind that last month PSNP were also targeted by a paid pump. The newsletter that carried the promotion was Penny Stock Dream  and it expected to receive a compensation of up to $9000 for a whole month of promotional activities.