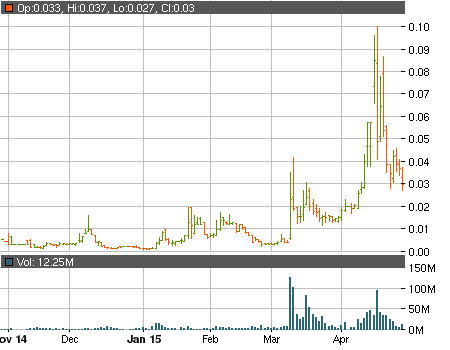 The last market session shaved another 18.9% off Propanc Health Group Corp. (OTCMKTS:PPCH). The company’s headlong drop had but a couple of major interruptions since it started in mid-April and those interruptions proved to be only momentary. After closing at $0.085 on April 15, PPCH shuffled down to a close at $0.03 flat yesterday.

The company’s original run that took it to intra-day highs of $0.10 per share was sparked by a factor so disconnected from its actual treatment progress and pipeline or its fundamentals and performance that it more or less predetermined the drop that followed. PPCH announced that it would be featured in the April 19 edition of the NY Times Sunday Magazine. There are now scans of the coverage posted online but despite 4 pages worth of an article and a full-page summary of the company, PPCH has dropped more than 50% from the day the magazine came out.

In previous articles we have touched upon the dilution going on at the company but its sheer scale bears repeating. Within the space of four months, between mid-October and mid-February, PPCH diluted its common stock by just over 130%, issuing 109 million new shares and hitting 191 million outstanding shares as of Feb 16, 2015. At the same time, PPCH‘s latest press release underlined the company’s commitment to “minimizing dilution”. If 130% within four months is how PPCH operates while being careful not to dilute much, shareholders may want to keep their fingers crossed the company never loses sight of that commitment.

The company issued a lengthy 8-K filing on April 13, detailing a large number of newly issued convertibles that were signed in the first three months of 2015. The sheer number of separate convertibles signed makes it impossible to list them all here but inquisitive traders may find some interesting fixed percentile discounts from market prices that go with the majority of the convertibles.

PPCH is another 7% down, minutes after today’s opening bell.