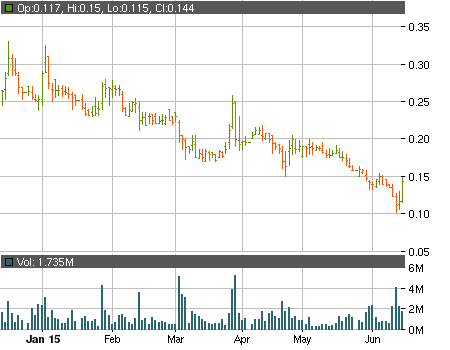 After screeching to some unpleasant new 52-week lows in early June, on Friday Terra Tech Corp (OTCMKTS:TRTC) caught a much-needed boost. The company announced a new equity financing agreement and filed an 8-K detailing it. This triggered a green reversal and TRTC ended Friday 23% up at $0.144 per share.

The company put up the 8-K filing detailing the new equity financing agreement in the afternoon and the market’s reaction was immediate. TRTC announced a deal with three accredited investors, for the sale of a total of 14.94 million units. Each unit consists of one share of TRTC common stock, priced at $0.1375 and one warrant to buy another share of common stock, this time at $0.2062. The warrants can only be exercised in full, with one accredited investor holding 14.5 of the 14.9 million warrants.

The deal landed a total of $2.05 million in TRTC‘s coffers. The money will be used for “general corporate purposes”.

Traders seemed to have taken heart from the fact that the other parties in this new financing deal took the warrants with an exercise price at $0.20 – a good 40% above TRTC‘s price even after Friday’s price bump. However, the $2.05 million the company received is just the number of shares sold multiplied by the sale price of the units, so the warrants are largely a bonus attached to the deal.

Still, the fact that TRTC closed a $2 million financing at market prices without any of the toxic discounts they provided in their last round of financing, is a positive, which should not be denied.

How TRTC fares from this point on and whether it manages to push over the exercise price of those warrants remains to be seen.