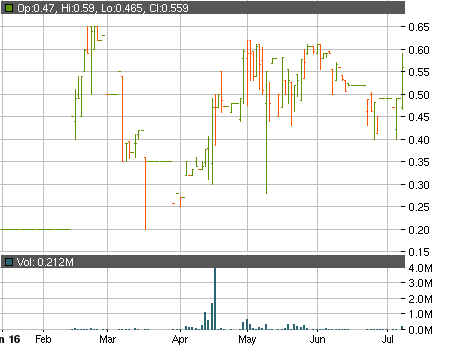 At the end of last week the stock of Preston Corp (OTCMKTS:PSNP) registered a rather positive session. The ticker surged up the chart by more than 14% and climbed to a close at 0.559 cents per share. The stock’s rise wasn’t supported by anything, though.

The last PR issued by PSNP came on June 17 when they announced the signing of an agreement to acquire a gold production royalty from an Arizona mine. According to the press release the company is confident that it will begin receiving royalty revenue in the fourth quarter of the year. Generating any amount of revenue will be a massive step in the right direction because so far PSNP‘s financials can be described as simply abysmal.

Opening the quarterly report covering the period ended March 31, 2016, reveals that a little over three months ago PSNP had:

The balance sheet is truly horrendous but things get even scarier when you realize that at the moment PSNP‘s market cap stands at more than $40 million. We will leave it up to you to decide if such a valuation is even remotely justifiable.

Back in May the company announced the execution of a preliminary lease agreement on a gold mine in California. Under the terms of the deal PSNP will have to fund a minimum of $250 thousand this season with the total capital costs ranging between $4 and $5 million. The company stated that it will make a production decision by the end of August.

The serious red flags and the fact that not that long ago the company was pumped by a paid promotion turn PSNP‘s stock into a rather dangerous choice. Any trades involving the ticker must be preceded by doing your own research.