Music of Your Life Inc (OTCMKTS:MYLI) Trying To Find Its Direction 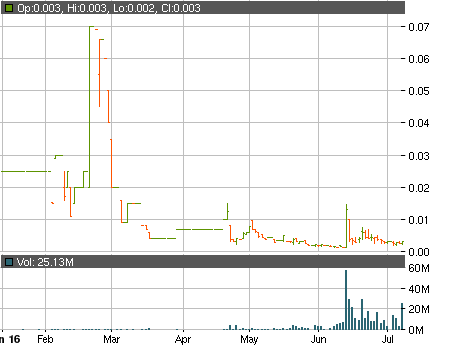 We wrote about Music of Your Life Inc (OTCMKTS:MYLI) last month when the ticker surged up the charts, gaining nearly 1000% in value over the course of a single session. The reason for the upward movement was rather trivial – a paid promotion.

The pump was rather cheap, with InvestorsHub News receiving a mere $1000 for their efforts. It might have had this explosive effect due to the low market cap of MYLI itself. There are, however, some pretty good reasons for this small valuation and we can begin addressing them by taking a quick look at the company’s latest financial report.

Those numbers certainly look terrible and spelled disaster for the paid promotion. Another thing that suggested that the pump-induced climb of MYLI will come crashing down was the sizeable liabilities, a large portion of which consists of convertible notes that can be turned into heavily discounted shares of common stock.

And while MYLI has lost more than half of the value that it had gained, it is still having a hard time keeping it. The ticker has been going up and down and the lack of press releases isn’t helping. We saw MYLI gain 19.23% of value in the end of last week, closing at $0.003 per share.

The company stock has started this week rather well, but you should not forget all the red flags surrounding it. Be sure to do your due diligence and weigh out the risks before putting any money on the line.