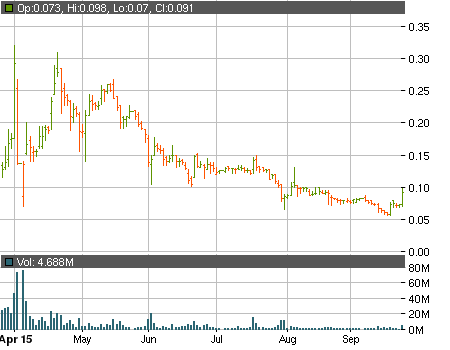 Yesterday TOTALLY HEMP CRAZY (OTCMKTS:THCZ) made an impressive jump up the chart adding over 26% to their value and closing at $$0.0915. The likely catalyst for the sudden enthusiasm towards the stock is the shareholder meeting that is going to take place tomorrow. During the event THCZ are going to present their future products that should be launched soon and investors might be buying the stock in anticipation.

At the end of February THCZ completed the first production run of their hemp-infused beverages while in March the drinks became available for purchase on Amazon. The launch of the products helped THCZ report significant revenues for the last quarter of their fiscal year. According to the annual report as of June 30 the company had:

Thanks to the addition of more distributors, the plans for new products and the international distribution agreements for Canada and Southeast Asia many investors expect the next quarterly report to show even better results. Don’t forget however that THCZ is a pink sheet company and that its reports are not audited. Back in April the company hired an auditing firm in order to become fully reporting and to uplist to the OTCQB market. The audit process was supposed to be completed during the summer. In a more recent PR the CEO expressed his hope that the financials will be ready before the shareholder meeting.

It should also be noted that as of June 30 $1.5 million of the reported liabilities consisted of convertible debt. In the first half of 2015 approximately 105 million shared were issued and 78 million of that amount were conversions of debt. Close to $200 thousand of debt was recently retired before it could be turned into shares but the potential dilution is still significant.

THCZ are growing their business and they will even change their corporate name to Rocky Mountain High Brands, Inc. with a new trading symbol. The risks, however, are far too serious to be taken lightly. Approach the stock with caution and do your own due diligence before putting any money on the line.